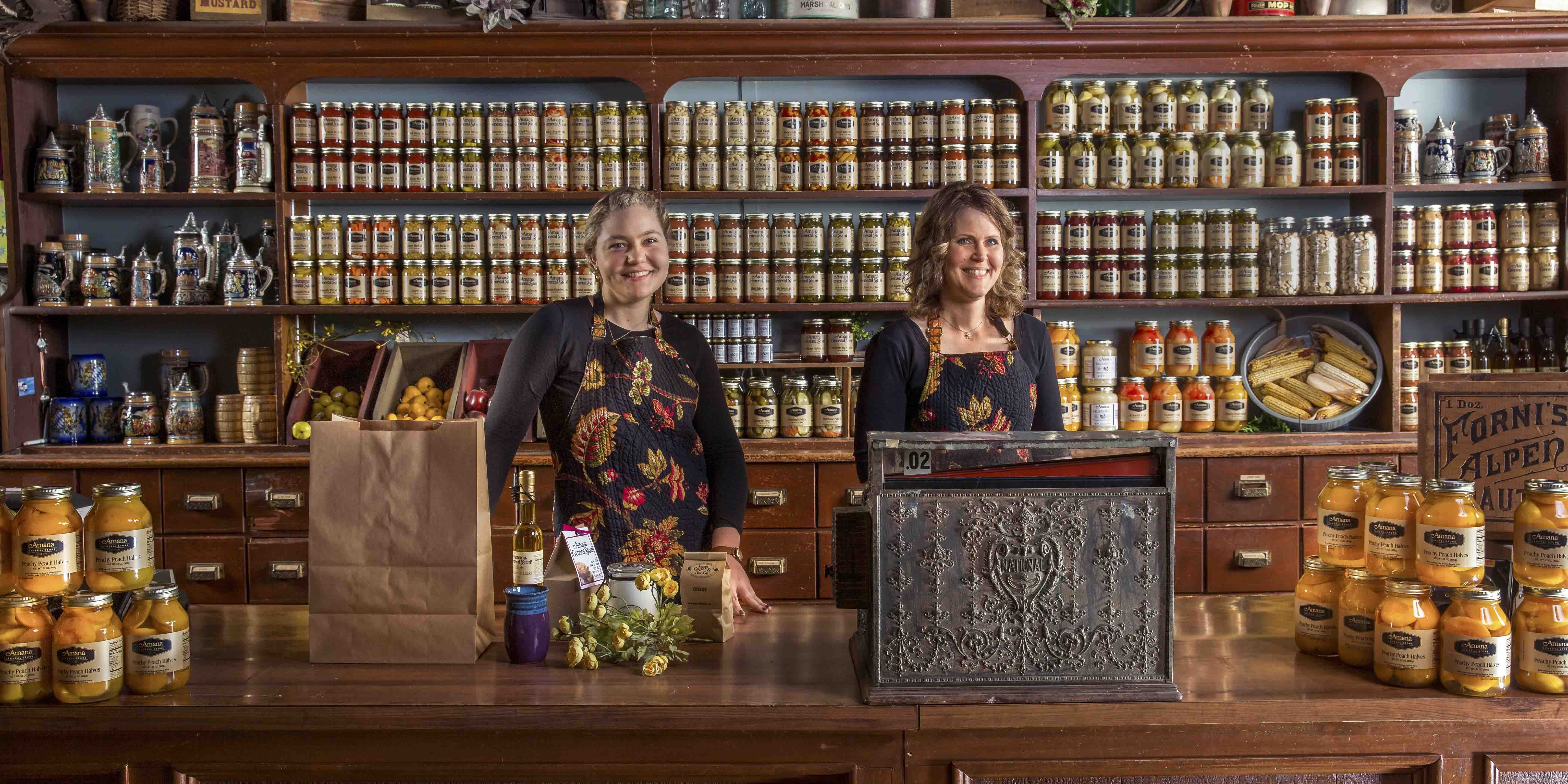 General Stores – Anything but General

Bringing the world to the Colonies

During our communal era (1855-1932) each village had a general store.  They supplied the residents of the Colonies and those in nearby farms and towns with things that could not be made or grown in the Amana Colonies. Their purpose was to bring the goods of the outside world to the people of the Colonies. It was a glimpse for the members of the communal society to see new items from far away places.   Since the members of the Society did not earn a wage they received credit instead of currency and each month they were able to purchase some extra items that weren’t supplied to them by the church.

Today the stores do exactly the same thing.  They bring the outside world’s products to the Amana Colonies.  Many of the stores have themes and specialize in certain types of things but one store, in particular, is a walk back into time.  The General Store in High Amana is operated by the Amana Heritage Society and as you enter you turn back the hands of time, from the coal oil pump to the display cases to the tin ceiling it’s all original.  The products are new but many reflect the past and you will find some items made in the Amanas by local craftsmen but there is no mistaking the feel you get as you take that first step into the building.  This is a place that makes time stand still.

In contrast, the Amana General Store in the village of Amana is operated by the Amana Society, the original business organization of the community.  This is a wondrous shop with products from everywhere. Food products, coffee and tea, candy, and unique gift items but it also is home to the International Christmas Market where it’s Christmas every day.  You’ll be hard pressed to find a better selections of ornament’s or anything Christmas elsewhere.  The General Store is know for dazzling displays and vignettes.  Walk in even if it’s just to take a look.