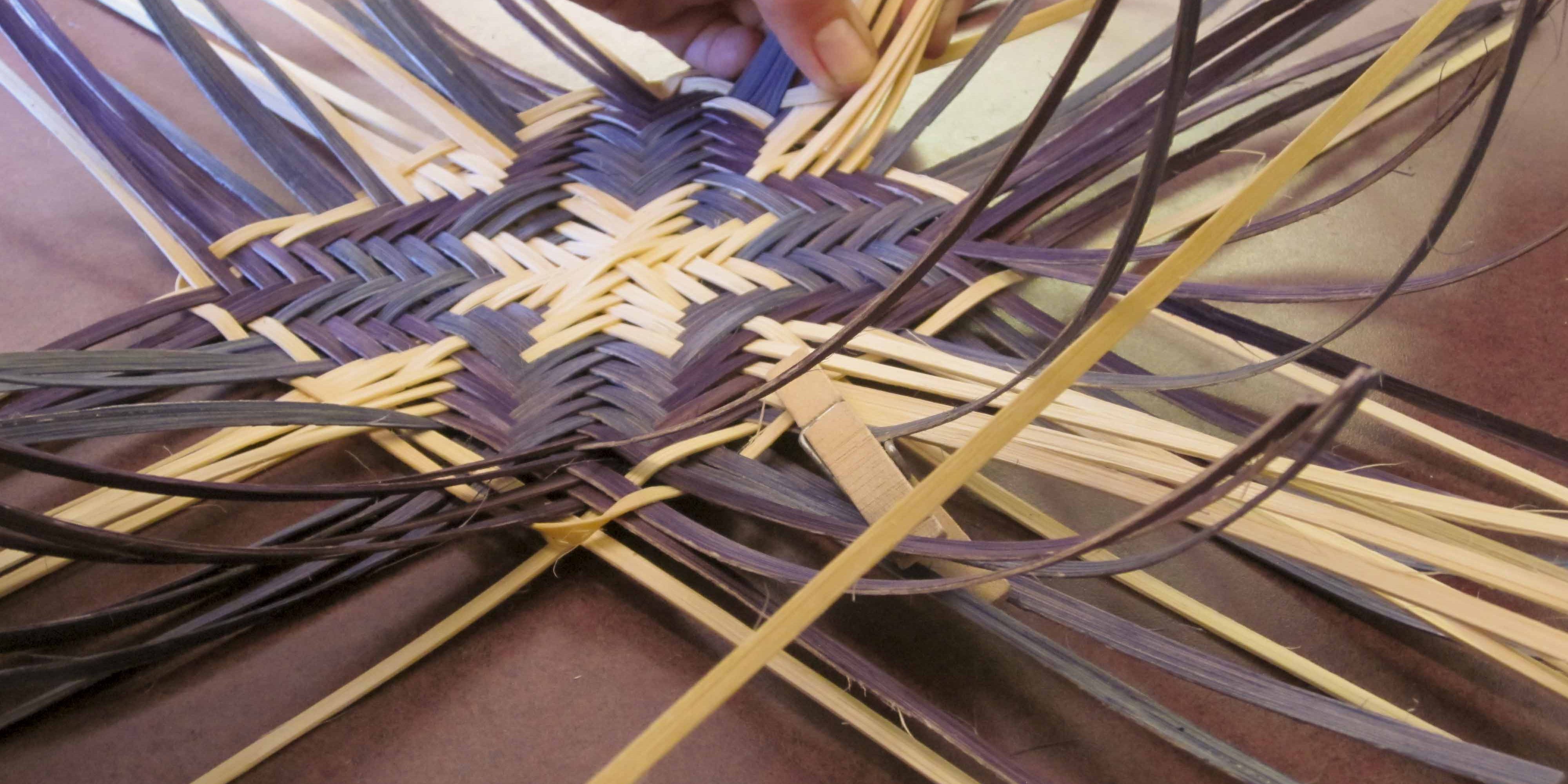 Broom and basket making in the Amana Colonies have a long history. When the Amana Colony people journeyed from Germany to Ebenezer, N.Y., and then (in 1855) to Iowa, they brought with them the willows for their baskets. These were not the type that grows wild along waterways, but a cultured variety.  Planted to be efficiently harvested the Willow fields were one-eighth to one-quarter of an acre with rows about three feet apart. Fields were cultivated just to keep the weeds down. Willows were harvested each year after a frost and stored until needed.

Each village had a head basketmaker and as many helpers as he needed to make the necessary baskets. The church elders assigned the basketmaker his helpers. The trade was not necessarily handed down from father to son or mother to daughter.  A variety of baskets were made based on their intended use.  There were laundry baskets, sewing baskets, garden baskets, baskets in which to carry meals home from the community kitchens if someone was ill, and many others. Most popular sizes were the bushel and half-bushel. Baskets were copied from old baskets, or in some cases, patterns were made up.  Many Amana Colonies baskets have a unique design that allows the handles and bottoms to be replaced easily since they are the first parts to wear out.

Today the Broom and Basket Shop in West Amana make and sell baskets along with housing the Philip Dickel Basket Museum.  Philip Dickel (1900-1981)was the last of the communal era basket makers and it is through him and later Joanna Schanz that this craft has been kept alive.  As the name states this shop also has brooms that are made on the premises.

Along with each village having a basket maker, there was also a broom maker.  One of the villages had a blind broom maker, Philip Griess.  He continued to make brooms after the communal era came to an end and finally retired in 1965.  His equipment is still being used to produce brooms of all types.  You can watch the current broom maker most days at the Broom and Basket Shop in West Amana.